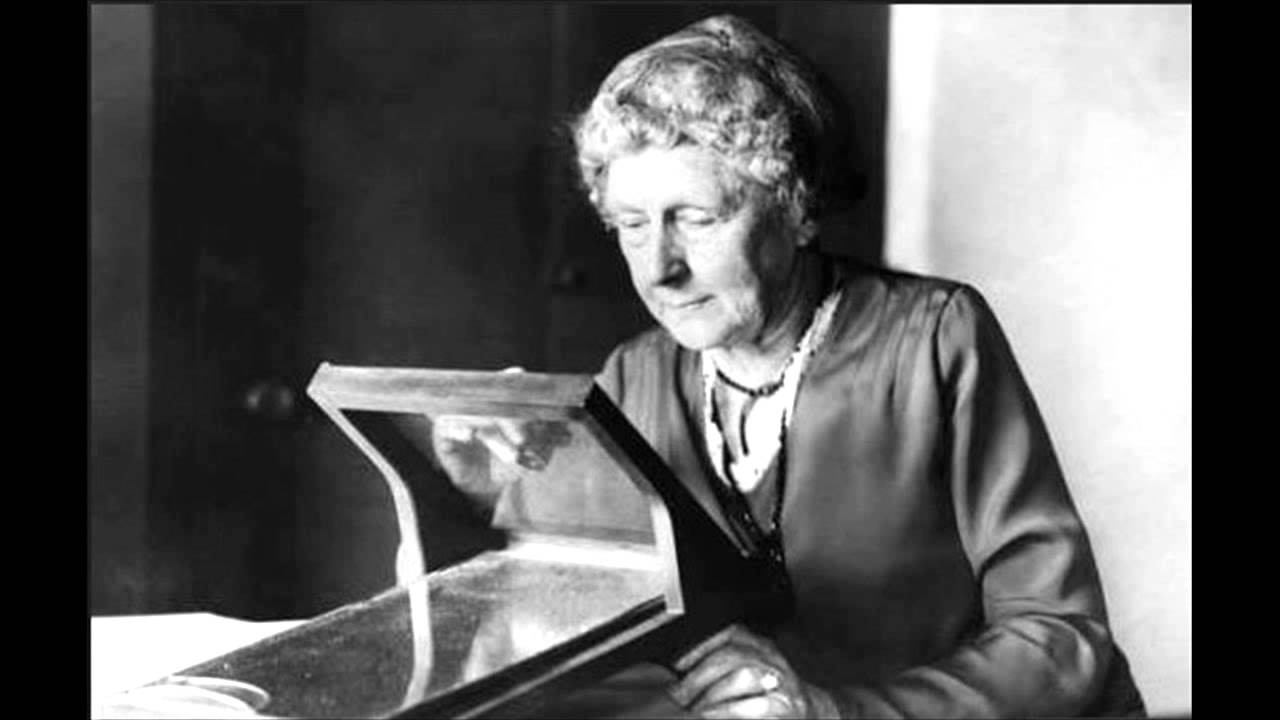 Oh, Be A Fine Girl--Kiss Me! This phrase has helped several generations of astronomers to learn the spectral classifications of stars. Ironically, this mnemonic device, still used today, refers to a scheme developed by a woman.

Annie Jump Cannon was the eldest of three daughters of Wilson Cannon, a Delaware shipbuilder and state senator, and his second wife, Mary Jump. Annie's mother taught her the constellations and stimulated her interest in astronomy. At Wellesley, Annie studied physics and astronomy and learned to make spectroscopic measurements. On her graduation in 1884, she returned to Delaware for a decade, but became impatient to get back to astronomy. After the death of her mother in 1894, Cannon worked at Wellesley as a junior physics teacher and became a "special student" of astronomy at Radcliffe.

In 1896, she became a member of the group that historians of science have dubbed "Pickering's Women," women hired by Harvard College Observatory director Edward Pickering to reduce data and carry out astronomical calculations. Pickering's approach to science was thoroughly Baconian: "the first step is to accumulate the facts."* The accumulating was supported by a fund set up in 1886 by Anna Draper, widow of Henry Draper, a wealthy physician and amateur astronomer.

Pickering conceived the Henry Draper Memorial as a long-term project to obtain optical spectra of as many stars as possible and to index and classify stars by their spectra. While the measurements were difficult enough, the development of a reasonable classification scheme proved as much a problem in "theory" (which Pickering was slow to recognize) as "fact accumulation."

The analysis was begun in 1886 by Nettie Farrar, who left after a few months to be married. Her place was taken by Williamina Fleming, the first of Pickering's female crew to be recognized in the astronomical community at large. Fleming examined the spectra of more than 10,000 stars and developed a classification system containing 22 classes. The work was carried further by Antonia Maury, who developed her own classification system. The system was cumbersome by comparison with Fleming's, and Pickering could not sympathize with Maury's insistence on theoretical (what we would today call astrophysical) concerns that underlay her scheme.

It was left to Annie Jump Cannon to continue, beginning with an examination of bright southern hemisphere stars. To these she applied yet a third scheme, derived from Fleming's and Maury's, an "arbitrary" division of stars into the spectral classes O, B, A, F, G, K, M, and so on. It was as "theory-laden" as Maury's ordering, but greatly simplified. Her "eye" for stellar spectra was phenomenal, and her Draper catalogs (which ultimately listed nearly 400,000 stars) were valued as the work of a single observer.

Cannon also published catalogs of variable stars (including 300 she discovered). Her career spanned more than forty years, during which women in science won grudging acceptance. She received many "firsts" (first recipient of an honorary doctorate from Oxford, first woman elected an officer of the American Astronomical Society, etc.). At Harvard she was named Curator of Astronomical Photographs, but it was only in 1938, two years before her retirement, that she obtained a regular Harvard appointment as William C. Bond Astronomer.

This profile originally appeared on SDSC.edu.