Chien-Shiung Wu, the "First Lady of Physics," grew up in early-twentieth century China with parents who recognized her brilliance and refused to accept societal constraints that devalued female intellect. They went so far as to open their own school so that Chien-Shiung could receive a formal education. Throughout her life, she traveled further and further distances from China to pursue her love of learning, and eventually became a pioneering physicist. Her work on radioactive uranium separation was integral to the Manhattan project and the development of the atomic bomb, she proved beta decay, and disproved the Law of Parity, all while facing gender and racial discrimination. Despite the ground-breaking nature of her work, she was passed over for the Nobel Prize three times in favor of men. This didn't stop Wu though; as she often said, "I sincerely doubt that any open-minded person really believes in the notion that women have no intellectual capacity for science and technology." 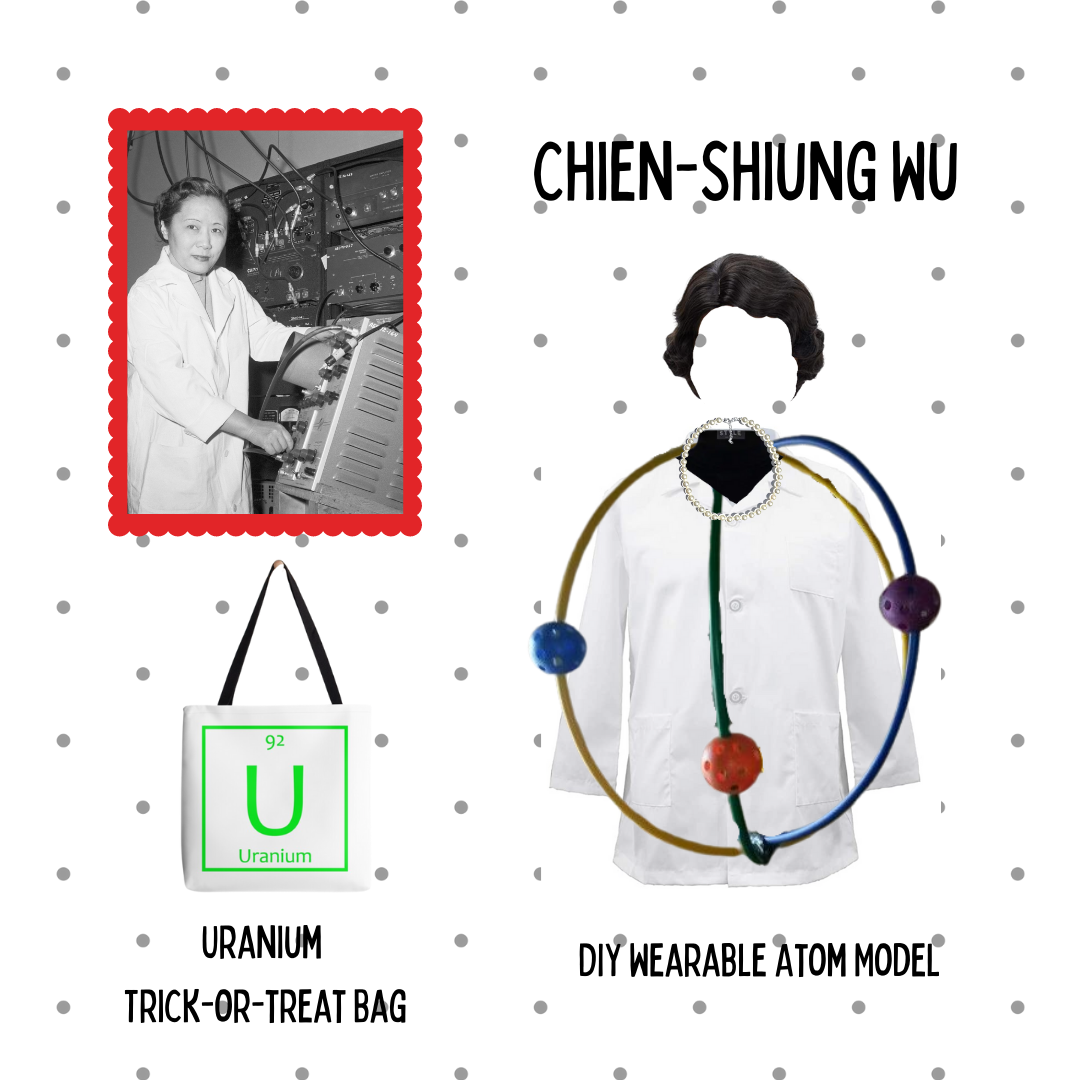 Here's what you'll need to dress up as Chien-Shiung Wu for Halloween! 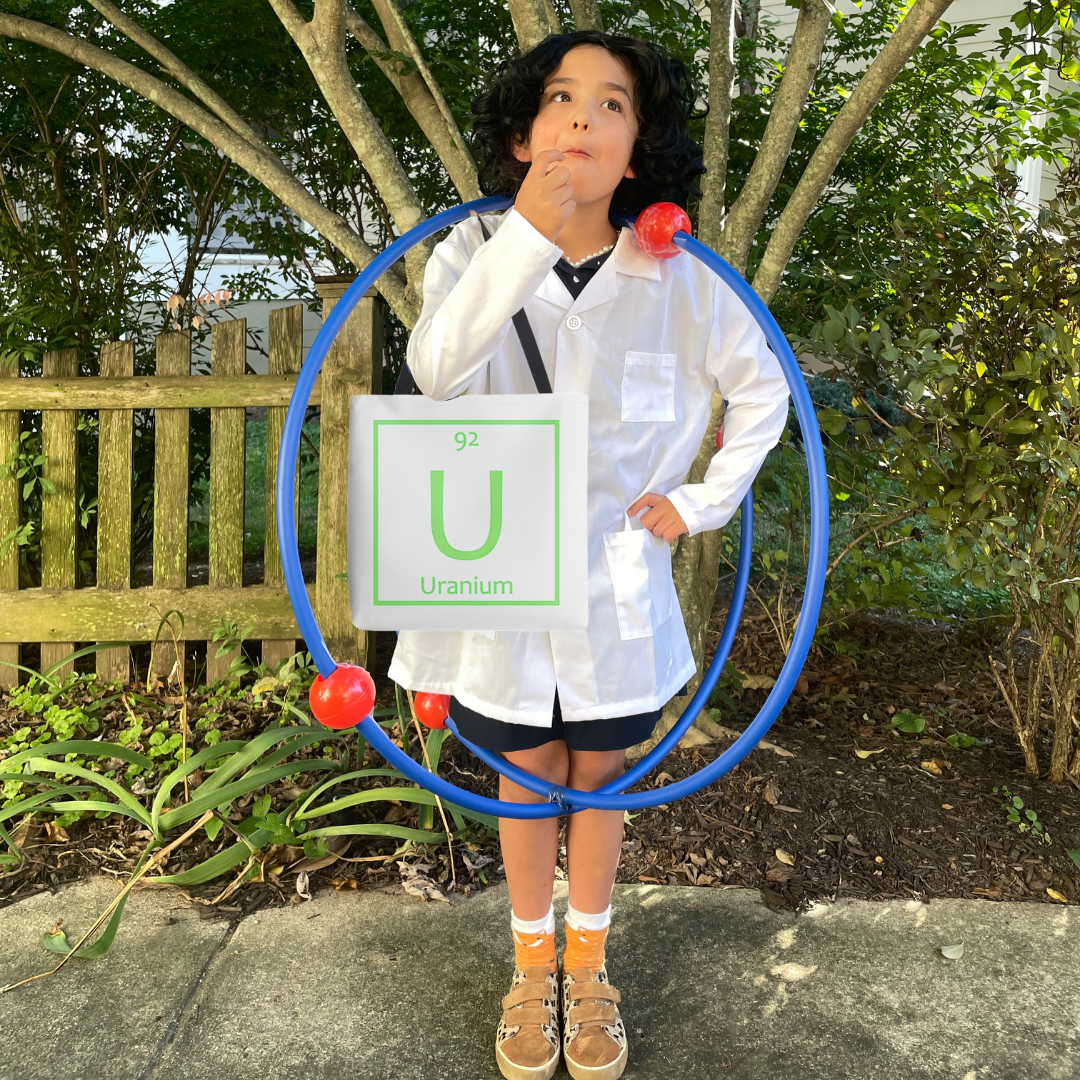 To complete your costume, you'll need to make a life-size atomic model - essentially you'll be the nucleus surrounded by orbital paths for electrons! To make this awesome STEM project, you'll need: 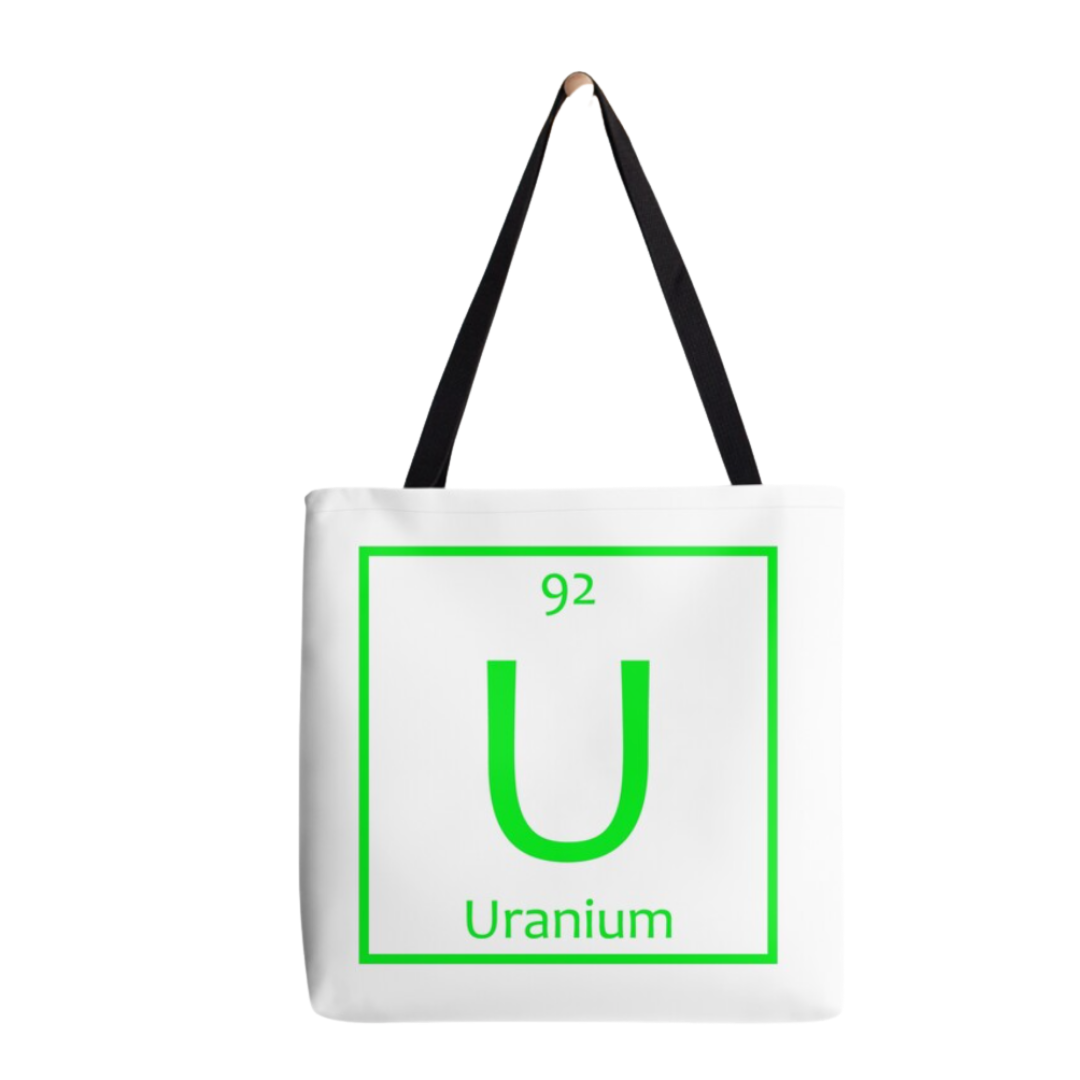 For your trick-or-treat bag, paint the symbol for uranium - which Wu worked to separate into isotopes with other scientists on the Manhattan project - from the periodic table! You can purchase a canvas bag to paint at Amazon. 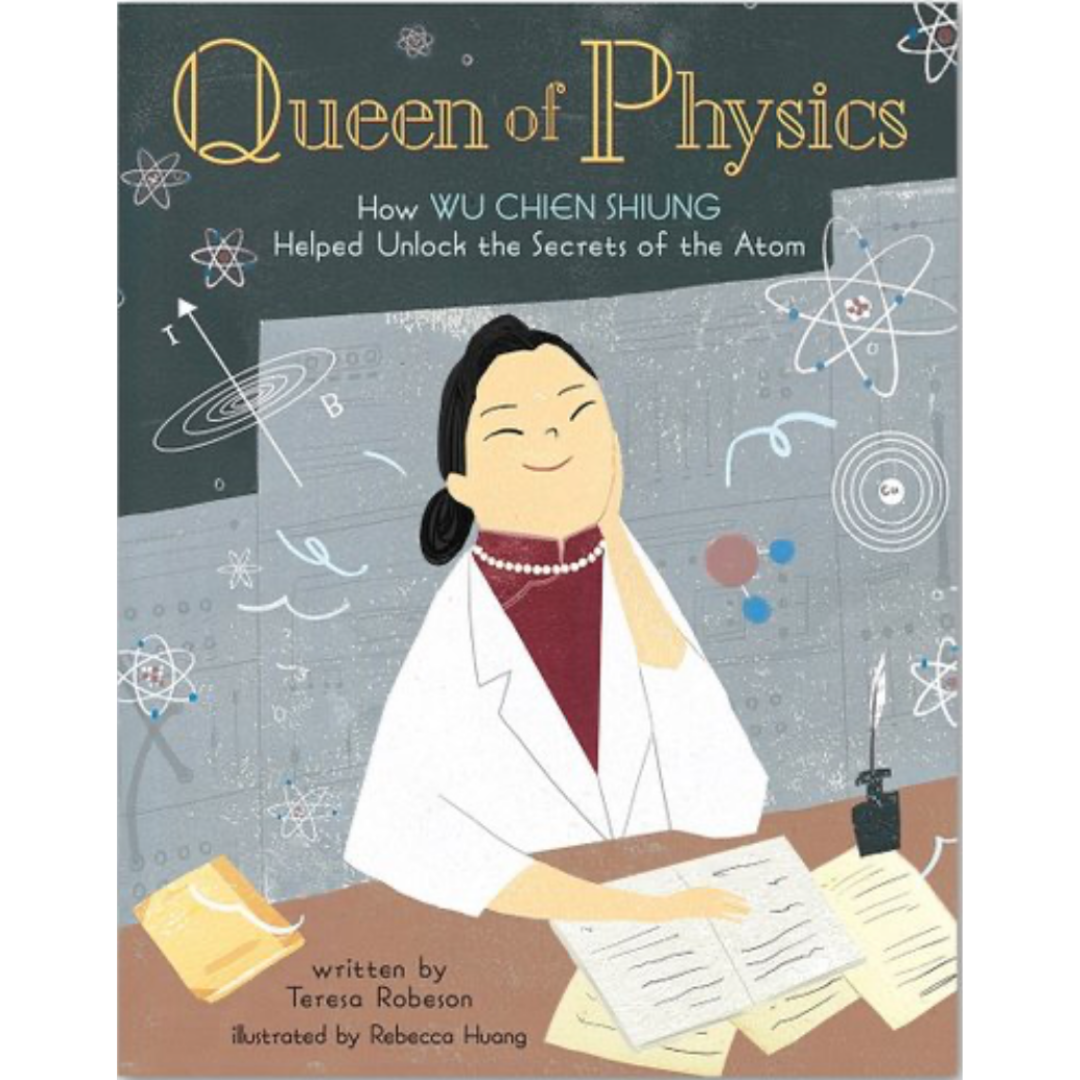 Can't wait to learn more about Chien-Shiung? Check out Teresa Robeson's Queen of Physics: How Wu Chien Shiung Helped Unlock the Secrets of the Atom (published in 2019)! Our reading guide for this amazing book is also available on Instagram (be sure to follow us while you're there!).