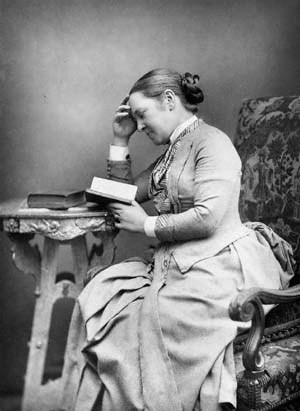 Elizabeth Garrett Anderson was the first female doctor to qualify in England. She opened a school of medicine for women, and paved the way for women’s medical education in Britain. Partly as a result of her open campaigning, an act of Parliament was passed in 1876 permitting women to enter the medical profession.

Born in Whitechapel, London, she was the daughter of a pawnbroker with 12 children. She was given a good education and decided she wanted to become a doctor after meeting Dr Elizabeth Blackwell, the first female doctor to graduate in the United States.

At the time, the medical profession was mostly closed to women and Anderson failed to get into any medical school, so she enrolled as a nursing student at the Middlesex Hospital. She attended classes with male colleagues, but was barred after complaints. She took the Society of Apothecaries examination and qualified in 1865. The society subsequently changed its rules in order to ban women entrants.

In 1866 she was appointed as a medical attendant at the St Mary’s Dispensary, London. Determined to become qualified as a doctor, she taught herself French and got a medical degree in Paris, but was still refused entry into the British Medical Register. In 1871 she married James Anderson (they had three children). In 1872 she set up the New Hospital for Women at the St Mary’s Dispensary, later the London School of Medicine for Women, where she appointed Dr Elizabeth Blackwell as Professor of Gynaecology.