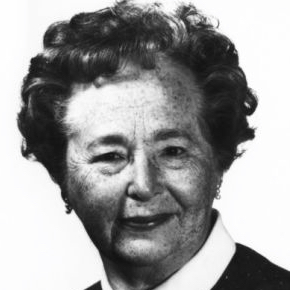 Biochemist and pharmacologist Gertrude B. Elion had an impressive career, during which she helped develop drugs to treat many major diseases, including leukemia, malaria and AIDS. She won a Nobel Prize for Medicine in 1988. Gertrude Elion died on February 21, 1999, in Chapel Hill, North Carolina.

Born to immigrant parents in New York City in 1918, Gertrude Elion spent her early youth in Manhattan, where her father had a dental practice. When her brother was born, the family moved to the Bronx. She attended high school and excelled with, in her words, an "insatiable thirst for knowledge."

Motivated by the death of her grandfather, who died of cancer, Elion entered Hunter College, in New York City, at age 15 and graduated summa cum laude in chemistry at age 19. She had difficulty finding employment after graduation, because many laboratories refused to hire women chemists. She found part-time jobs as a lab assistant and went back to school at New York University. Elion worked as a substitute high school teacher for a few years while finishing work on her master's degree, which she earned in 1941. Though she never obtained a doctorate degree, she was later awarded an honorary Ph.D. from Polytechnic University of New York and an honorary Doctor of Science degree from Harvard University.

The start of World War II created more opportunities for women in industry. Elion was able to obtain a few quality-control jobs in food and consumer-product companies before being hired at Burroughs-Wellcome (now GlaxoSmithKline) in 1944, where she began a 40-year partnership with Dr. George H. Hitchings. Her thirst for knowledge impressed Dr. Hitchings, and he permitted her to take on more responsibility.

Elion and Hitchings set out on an unorthodox course of creating medicines by studying the chemical composition of diseased cells. Rather than relying on trial-and-error methods, they used the differences in biochemistry between normal human cells and pathogens (disease-causing agents) to design drugs that would block viral infections. Elion and her team developed drugs to combat leukemia, herpes and AIDS. They also discovered treatments to reduce the body's rejection of foreign tissue in kidney transplants between unrelated donors. In all, Elion developed 45 patents in medicine and was awarded 23 honorary degrees.

Gertrude Elion officially retired in 1983, but she remained active, holding the titles of scientist emeritus and consultant at her old company. She also served as an adviser for the World Health Organization and the American Association for Cancer Research.

In 1988, Elion received the Nobel Prize in Medicine, together with George Hitchings and Sir James Black. She received other awards for her work, including the National Medal of Science in 1991, and that same year, she became the first woman to be inducted into the National Inventors Hall of Fame. In 1997, she was granted the Lemelson-MIT Lifetime Achievement Award.

---
This profile originally appeared on Biography.com