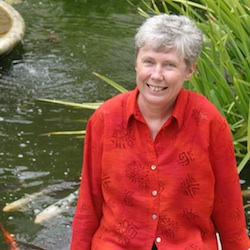 “Any kind of person can be a scientist.”

Maria Klawe began her tenure as Harvey Mudd College’s fifth president in 2006. A renowned computer scientist and scholar, President Klawe is the first woman to lead the College since its founding in 1955.

Klawe is a renowned lecturer and has given talks at international conferences, national symposia, and colleges across the U.S. and Canada about diversity in science, technology, engineering, and mathematics disciplines and industries, gender and gaming, and lessons from her own career in STEM industry and education. She has devoted particular attention in recent years to improving K-12 science and mathematics education.

Klawe is a board member of Broadcom Corporation and the nonprofit Math for America, a fellow of the American Academy of Arts & Sciences, a trustee for the Mathematical Sciences Research Institute in Berkeley and a member of the Stanford Engineering Advisory Council, the Advisory Council for the Computer Science Teachers Association, and the Canada Excellence Research Chairs Selection Board. She is co-chair of the Scientific Advisory Board of the Simons Institute at UC Berkeley. She is the recipient of the 2014 Women of Vision ABIE Award for Leadership and was ranked 17 on Fortune’s 2014 list of the World’s 50 Greatest Leaders and was previously one of the ten members of the board of Microsoft Corporation.

---
This profile originally appeared on US News STEM Solutions.