Meet the woman in charge of building the Brooklyn Bridge 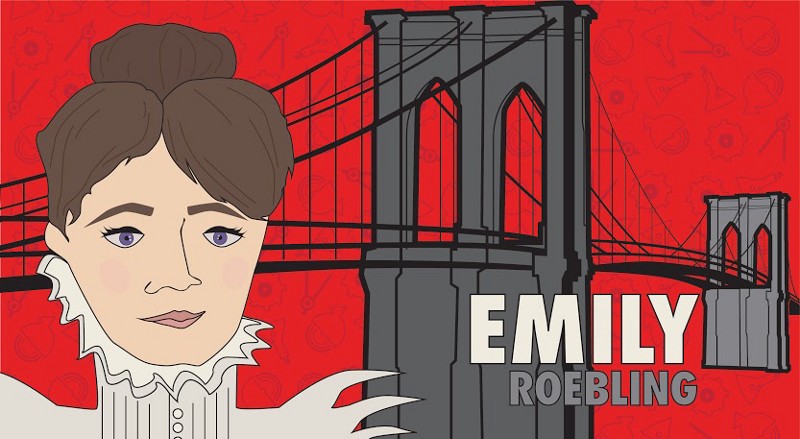 Emily Warren Roebling was, and still is, considered to be the person who was in charge of the day to day construction of the Brooklyn Bridge.

Conceived by her father-in-law, John A. Roebling, the Brooklyn Bridge is one of the largest engineering projects in America’s history. In the late 1800's, there was no greater challenge than spanning the East River from Brooklyn to New York.

So, in 1869, John Roebling began designing the Brooklyn Bridge. Emily became involved in the Brooklyn Bridge project when her father-in-law died and her husband, Washington, took over as master bridge builder. In order to help her husband as much as she could, Emily started studying topics in civil engineering — math, strength of materials, stress analysis, and cable construction. In 1872, Washington came down with an illness that left him bed-ridden and partially paralyzed.

Now, Washington had to rely on Emily to carry out plans for completion of the bridge. Emily became such a major participant in the project that many people began to believe she was Chief Engineer. In addition to answering questions about the bridge from officials and contractors, Emily also kept all the records, answered Washington’s mail, delivered messages and requests to the bridge office, and represented Washington at social functions.

Emily Roebling never planned on becoming an engineer. However, she accomplished what could only be describes as a huge engineering feat for that time.

The original version of this piece appears on Engineer Girl.