For Latinx Heritage Month, we're celebrating the achievements of Latina women in STEM and are so excited to highlight chemical engineer and former Director of Engineering at NASA's Glenn Research Center, Olga D. González-Sanabria. 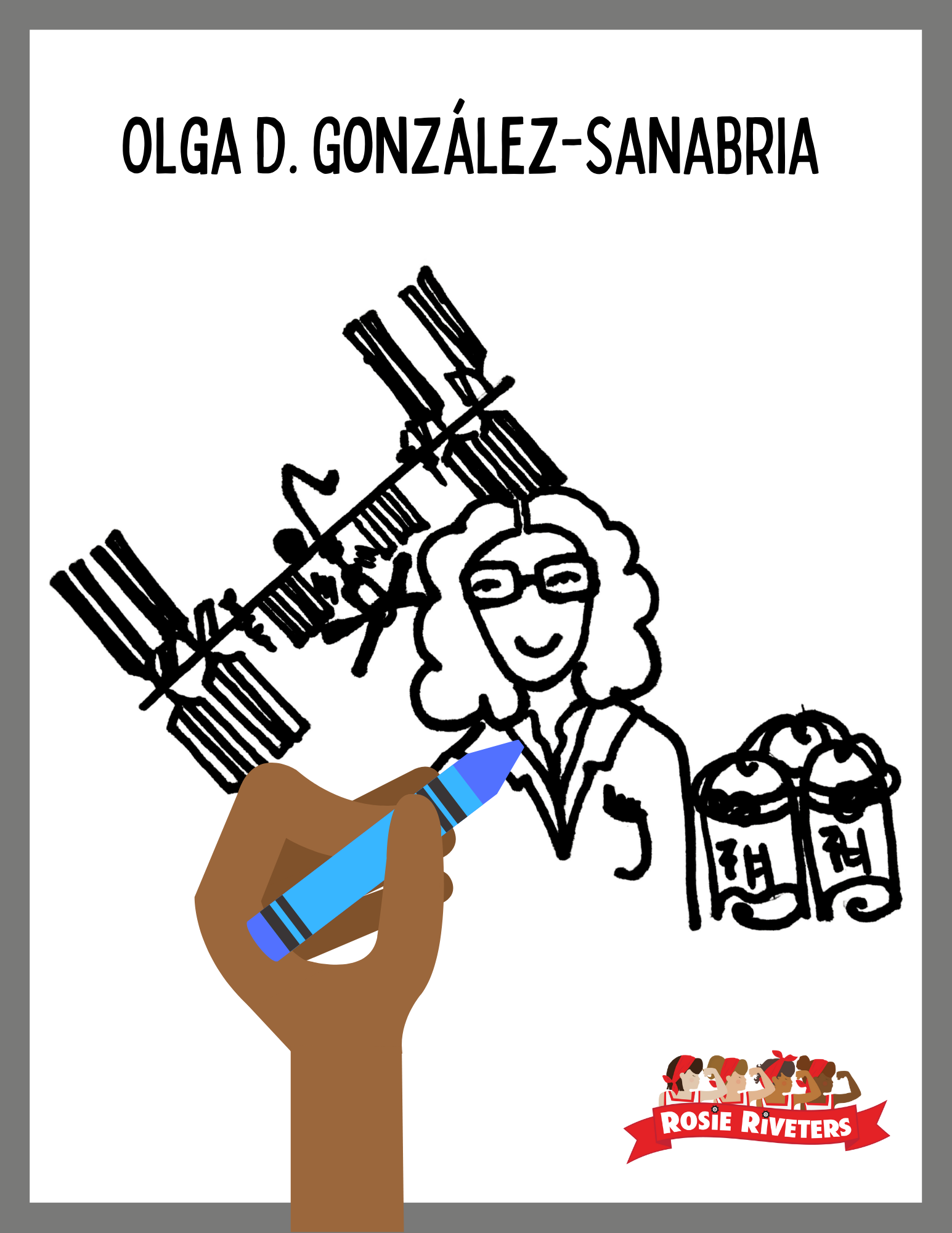 You might be wondering what Olga is pictured with in the coloring page. It's the International Space Station and the batteries that keep it up and running! González-Sanabria developed the batteries - technically known as long cycle-life nickel-hydrogen batteries - during the 1980s while working with NASA, which essentially made the ISS possible.

Born and raised in Puerto Rico, González-Sanabria completed her M.S. in chemical engineering at the University of Toledo in Ohio. Her career at NASA began shortly thereafter. There, she developed the long cycle-life nickel-hydrogen battery and rose through the ranks to become one of the agency's highest-ranking Latinx scientists.

González-Sanabria is passionate about mentoring the next generation of scientists and engineers, particularly young women. In a recent interview for All Together, the blog of the Society of Women Engineers (SWE), she recounts that the biggest challenge she encountered as a woman in STEM was "being heard" and encouraged young women to "be more assertive, document your progress and achievements. It will help you as you move up the ladder and remind you that you are contributing to the mission."

To read González-Sanabria's full interview for All Together and the Society of Women Engineers, the world’s largest advocate and catalyst for change for women in engineering and technology, click here.