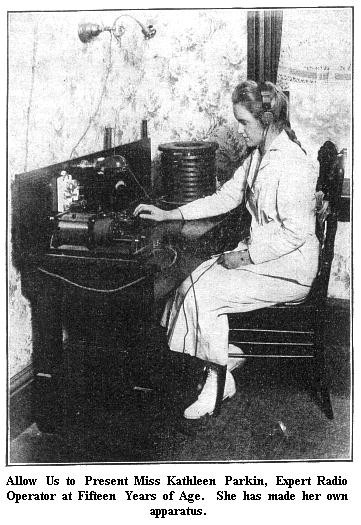 At the age of 15, Gladys Kathleen Parkin became the youngest person ever to pass the government test for a first class commercial operator’s license and only the third woman in the United States to obtain one.

Parkin became interested in wireless technology at the age of five. And as she got older, she and her brother operated an amateur wireless station — one of the first in California — out of their home for six years.

After receiving her commercial license, she continued working with her brother in the family business, Parkin Manufacturing Company, making and operating wireless instruments.