We use books all the time at Rosie Riveters. As an organization that encourages and empowers girls in STEM, they’re such a powerful way to start conversations - about life skills like perseverance that are so necessary to the field, and about stories that aren’t always told, particularly those about pioneering women in STEM.

To celebrate Black History Month and honor and emphasize Black stories, here’s a list of our favorite books about Black women in STEM. These are all illustrated biographies that are perfectly suited to kids in preschool and up. The focus of Black History Month is celebrating Black achievement and community, which these books do wonderfully with words and pictures. But none of them shy away from discussing the racism these women experienced either, opening up important conversations about race, gender, diversity, and bias with your kids. As so many educators and anti-racism advocates have pointed out, it is never too early to start talking about race. 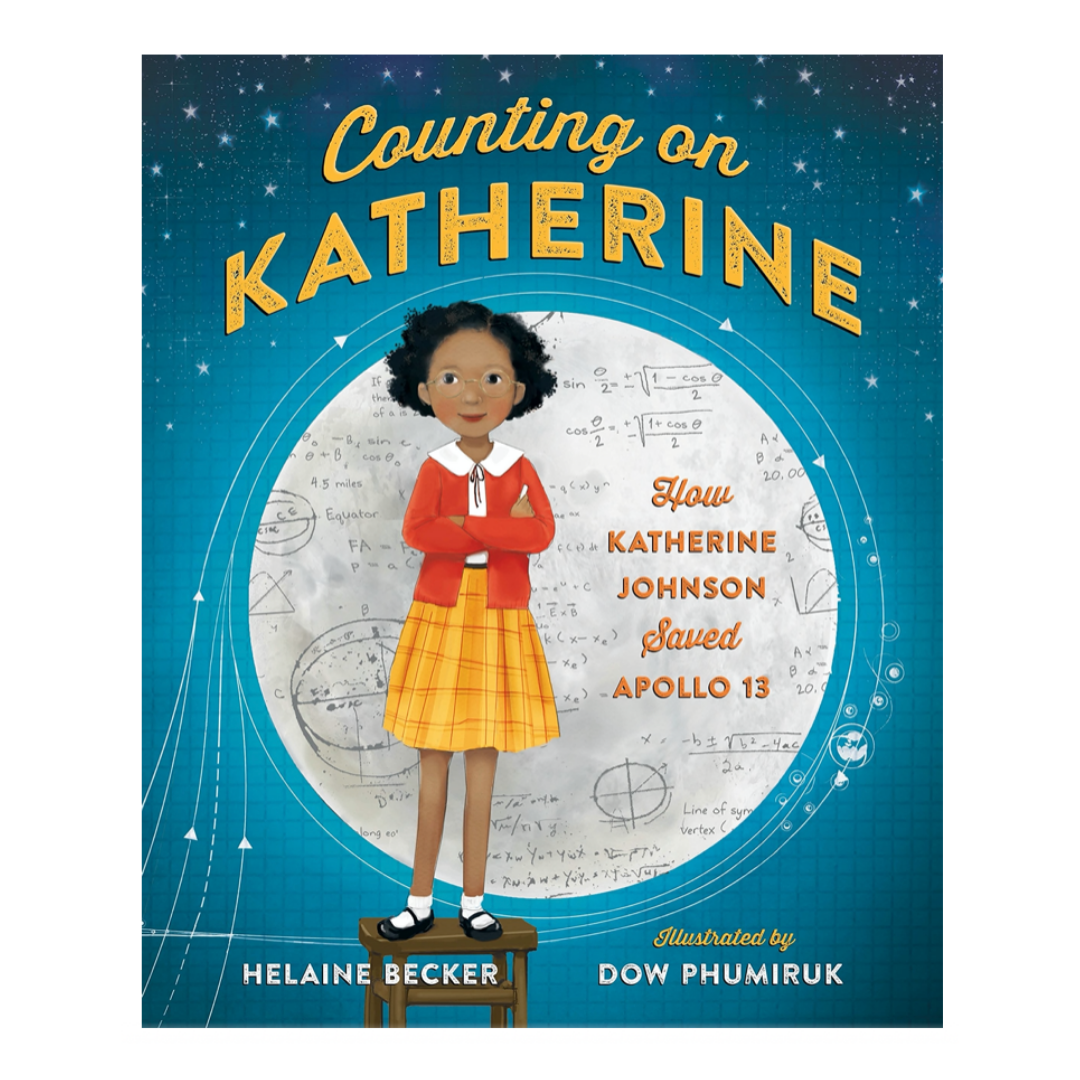 Counting on Katherine by Helaine Becker and illustrated by Dow Phumiruk chronicles Johnson’s story from her days as a childhood phenom (she skipped 3 grades!) to her remarkable mathematical calculations that saved Apollo 13. If you have older kids - the book is recommended for ages ten and up - Johnson’s autobiography Reaching for the Moon is phenomenal. I read it myself this past summer and could not put it down.

Fun fact: a spacecraft was finally named after Johnson last year! The SS Katherine Johnson was used for a cargo delivery mission to the International Space Station in February 2021. After docking for several months, it released five satellites before intentionally incinerating upon reentering the Earth’s orbit (it was filled with waste from the space station)! 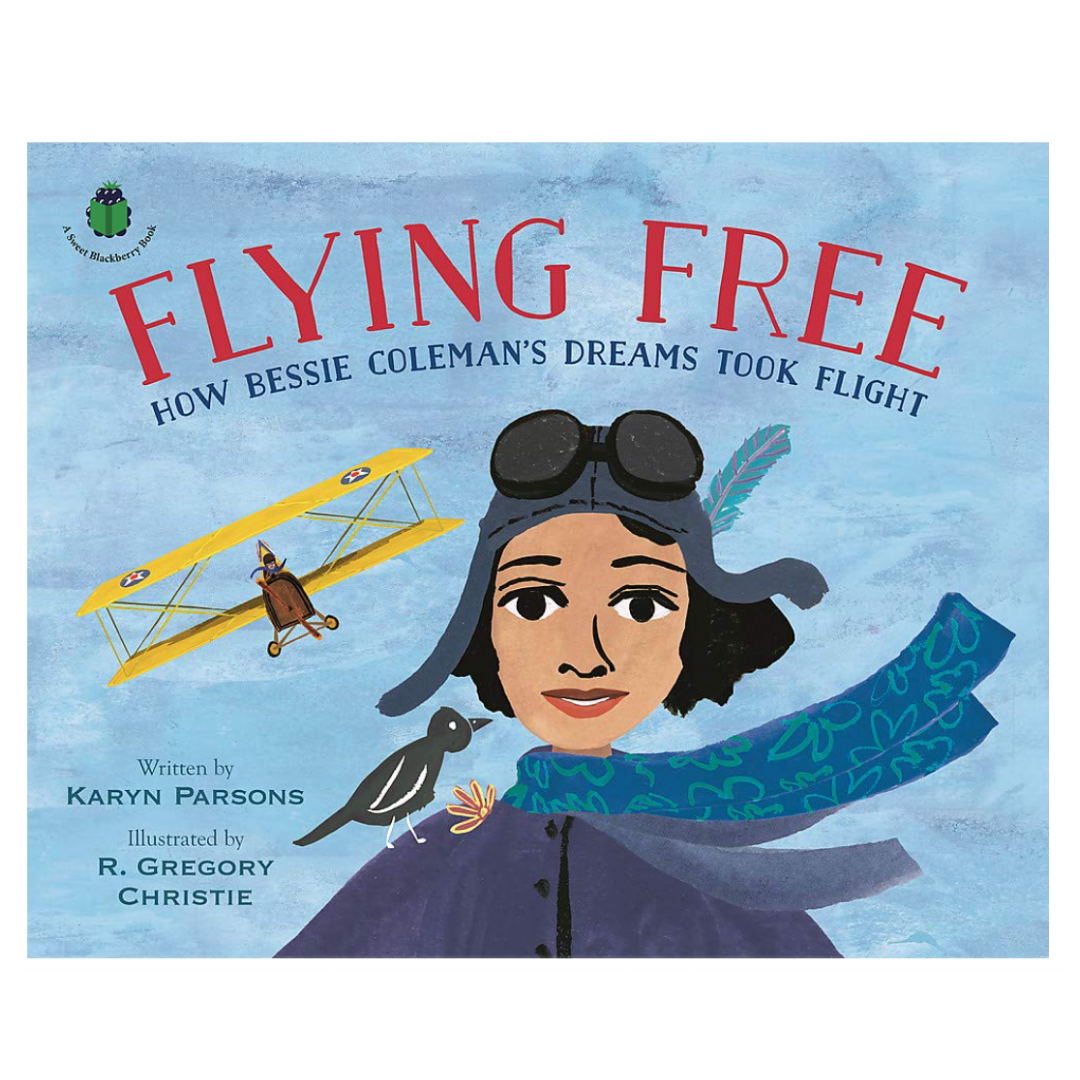 Flying Free, written by Karyn Parsons and illustrated by R. Gregory Christie, explores the life of Bessie Colman, the first Black woman and first Native American to hold a pilot's license. Aviation schools in the U.S. refused to admit her due to her race and gender, so she moved to France in 1920. When she returned to the States - pilot’s license in hand - she became a sensation, performing at air shows across the country and earning the moniker Queen Bess. Notably, she refused to perform for segregated audiences.

Fun fact: the book was the first to come from the Sweet Blackberry Foundation, which works to bring “little known stories of African American achievement to children everywhere.” The project began as an animated film series (you can purchase the films here) and Karyn Parsons, the founder and president, may look familiar to nineties TV fans. She starred as Hilary Banks in the Fresh Prince of Bel-Air! 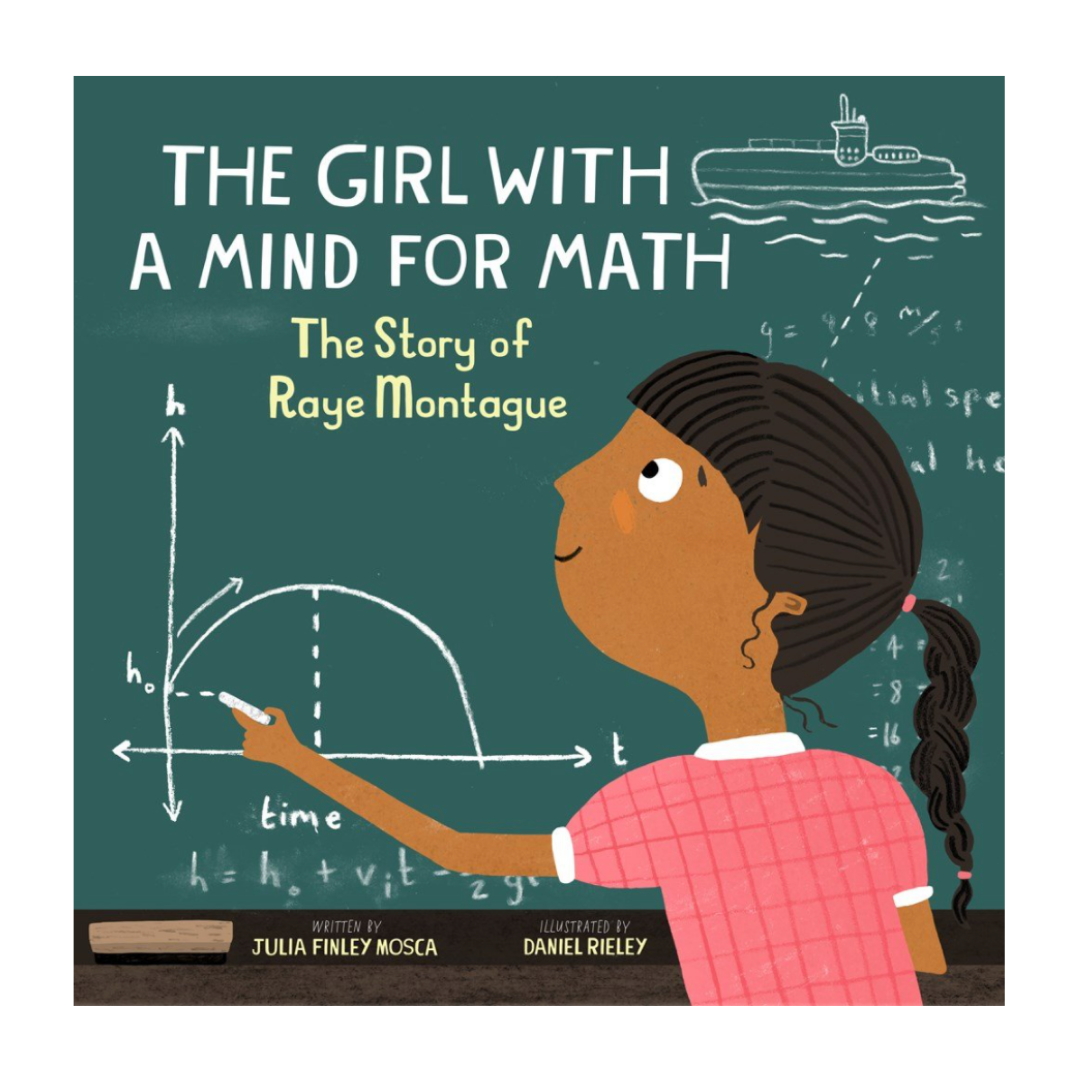 The Girl With a Mind for Math: The Story of Raye Montague

Like Katherine Johnson, Raye Montague was a ground-breaking “hidden figure” (be sure to watch the movie and read the book too - there’s a version for young readers and one for adults).  The book by Julia Finley Mosca and illustrated by Daniel Rieley chronicles how Montague, a self-taught engineer who served in the U.S. Navy, completed the world's first ship design by computer in 1971.

Fun Fact: Montague was known for her wry sense of humor, which she often used to navigate situations that isolated her based on her race and gender. When she was mistaken for a maid or secretary and asked for a drink, her reply was “bring me one too!” 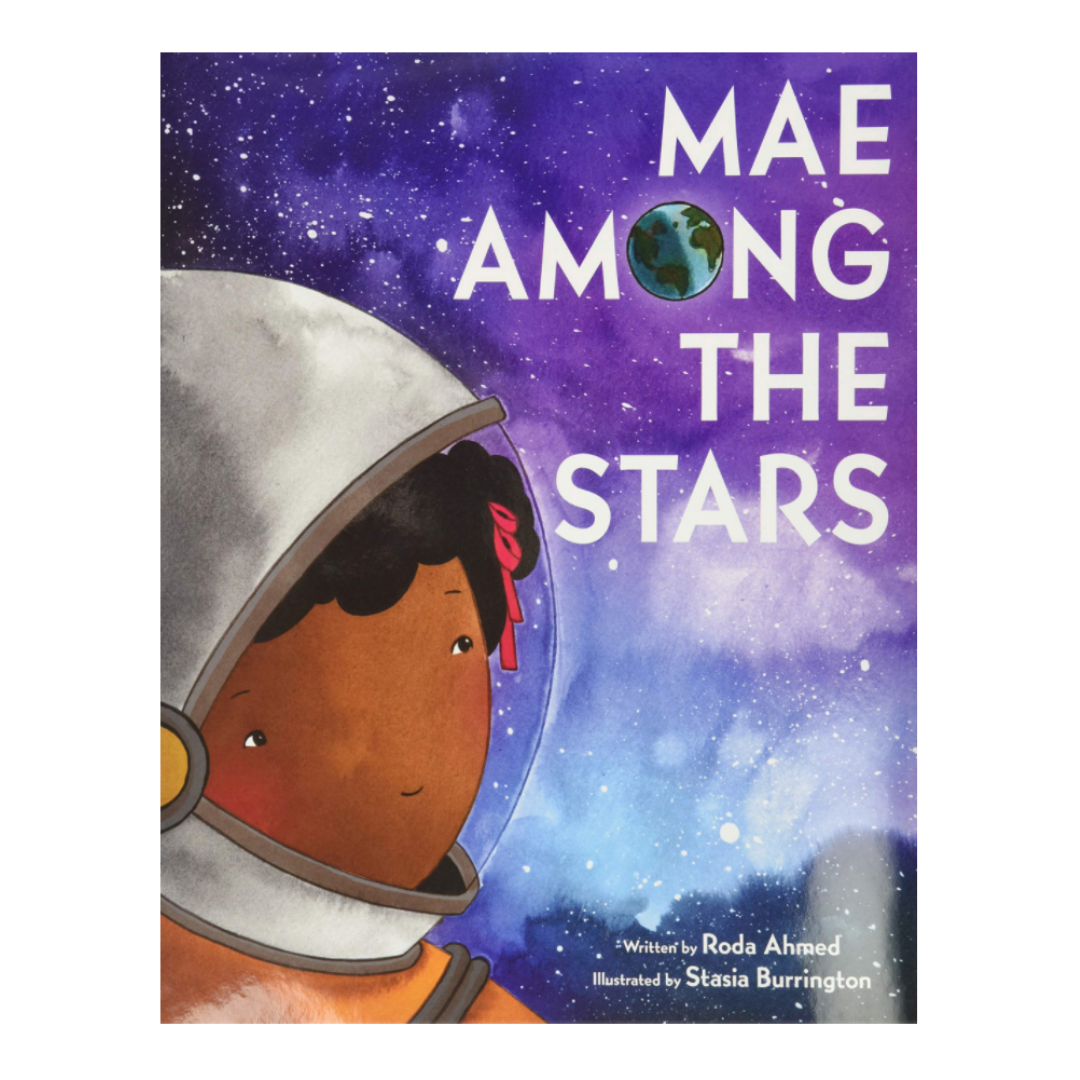 Mae Among the Stars

Mae Among the Stars, written by Roda Ahmed and illustrated by Stasia Burrington, tells the story of Mae Jemison, the first Black woman to go to space. The book focuses on Jemison as a child and her first dreams of intergalactic adventures, which resonates with young readers. If you have a budding astronaut at home, be sure to check out Nathan Bryon’s Rocket series too. As her name suggests, this fictional heroine is inspired by all things space, and there is an homage to Jemison in the first book of the series, Rocket Says Look Up!

Fun fact: Jemison’s list of achievements goes well beyond her time at NASA and is dizzying in its length and depth. She’s an engineer, doctor, served in the Peace Corps, is fluent in Russian, Japanese, and Swahili, started a consulting company focused on STEM and social change, taught at several universities as a professor, and is currently leading the 100 Year Starship project through DARPA. Oh, and she’s an actress - she was the first real astronaut to appear on Star Trek: The Next Generation (she played Lieutenant Palmer)! 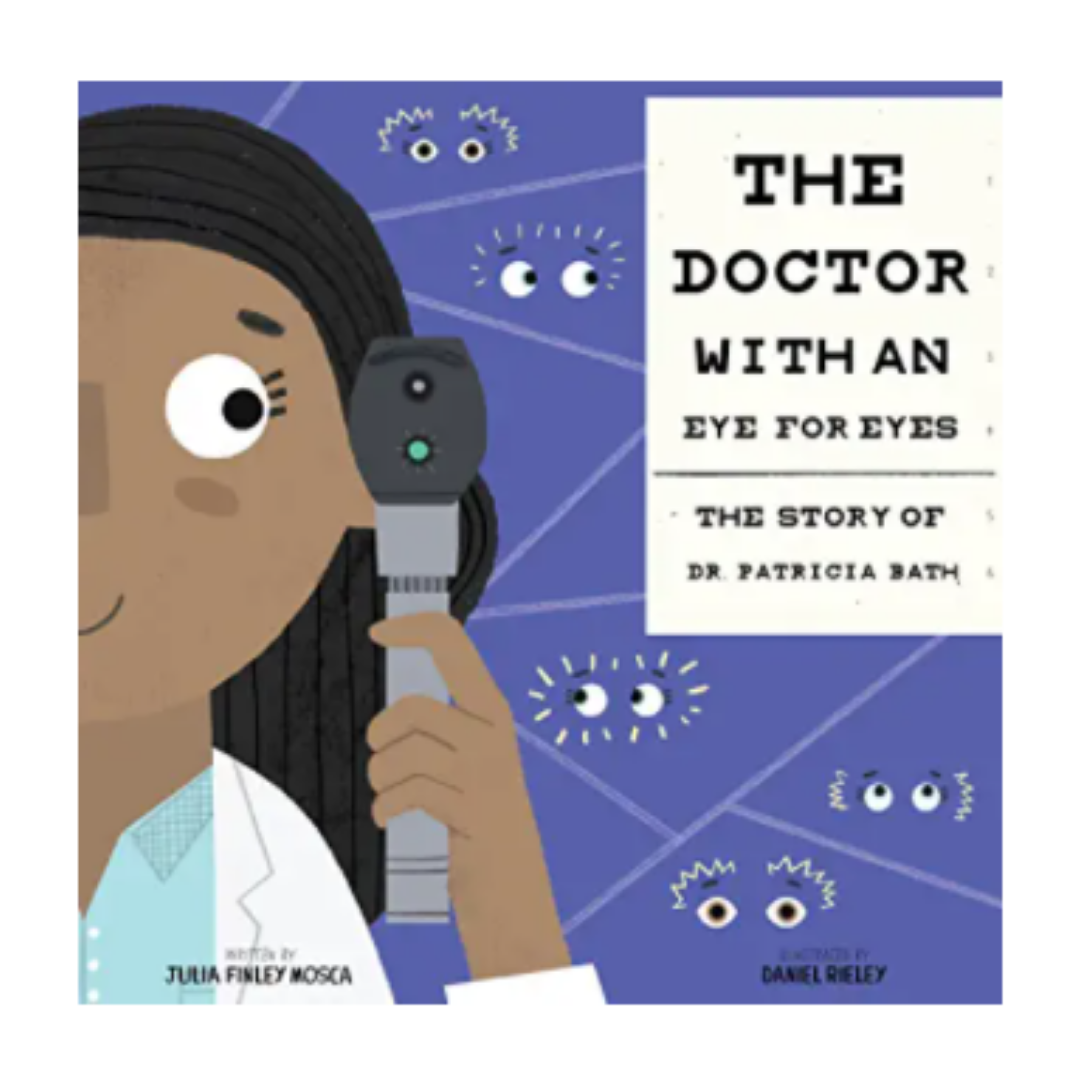 The Doctor with an Eye for Eyes: The Story of Dr. Patricia Bath

The Doctor with an Eye for Eyes, written by Julia Finley Mosca and illustrated by Daniel Rieley, explores the life of Dr. Patricia Bath. Her long career was characterized by achievement and innovation. She developed a medical discipline (community ophthalmology), founded the American Institute for the Prevention of Blindness (AIPB), and invented the Laserphaco Probe for cataract removal, making her the first African-American female doctor to earn a medical patent in the U.S!

Fun fact: Like so many of the women featured in this book list, Bath’s love for science began as a child. One toy had particular significance for her - a chemistry set that her mother gave her when she was eight years old!